The Senate Finance Committee met on May 11, 2020 and took the following action:

SB 1041, PN 1546 (K. Ward) – This bill amends the Tax Reform Code to provide a sales tax exemption for multi-purpose agriculture vehicles used for farming. These vehicles are already tax exempt, but this legislation clarifies the applicable uses of these vehicles.

Senator Hutchinson offered amendment A05551 which moves the sales tax exemption language to a more appropriate section of the Tax Reform Code.  The amendment and the bill as amended were passed unanimously.

SB 1100, PN 1612 (Schwank) – This bill will amend the Fiscal Code to exempt certain CARES Act payments from the definition of income for programs such as property tax and rent rebate, PACE/PACENET, childcare subsidies, medical assistance and CHIP.

Senator Blake offered amendment A05512 which is a technical amendment to correct a reference to the Federal Coronavirus Aid, Relief, and Economic Security Act. The amendment and the bill as amended were passed unanimously.

HB 2408, PN 3676 (Markosek) – This bill amends the Fiscal Code to exempt the payment from the Federal Coronavirus Aid, Relief, and Economic Security (CARES) Act from an individual’s state and local taxes.  In addition, this bill would exempt Paycheck Protection Program loan forgiveness from state and local taxes and increase endowment spending limits for nonprofit corporations.

The Senate Finance Committee met on Wednesday, April 29, 2020 and took the following action:

HB 1076, PN 3594 (Hennessey) – This bill allows school districts to create a volunteer property tax relief program for residents to receive a partial property tax credit. Residents must be at least 60 years old and would receive the credit in exchange for volunteer services to the school district. This bill would also extend the application deadline for Property Tax Rent Rebates to Dec. 31, 2020.

The Finance Committee met on Tuesday November 19, 2019 to consider the following bills:

HB 1982, PN 2895 (Benninghoff) – This bill amends Title 71 (State Government) to allow SERS to allow eligible employers to pay off their unfunded actuarial liability in advance. The bill was reported as committed (unanimously).

HB1100, PN 1593 (Kaufer) – This bill amends Tax Reform Code to create the Energy and Fertilizer Manufacturing Tax Credit to provide for a credit equal to $0.05 per gallon of qualified product purchased and used in the manufacturing of petrochemicals or fertilizers in Pennsylvania. The bill was reported as committed by a vote of 7-3.

The Senate Finance Committee met Tuesday, January 29, 2019 and reported the following bill out of committee:

Senate Bill 113 (DiSanto): Amends the Public Employee Pension Forfeiture Act, further providing for definitions, for disqualification and forfeiture of benefits and for restitution for monetary loss; and repealing a retroactivity provision. The bill was reported out unanimously. 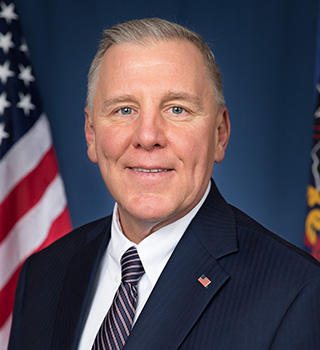