Reported unanimously as committed by a vote of 7-4:

SB 119, PN 124 (DiSanto) – Requires a review of the PA Code and how many mandates our state has as well as repealing two regulations for every new reg the General Assembly passes.

SB 251, PN 569 (Phillips-Hill) – Establishes an Office of the Repealer to review regulations and recommend any repeal, modification or revisions they feel necessary to the General Assembly.

SB 252, PN 570 (Phillips-Hill) – Reforms the permit process by requiring agencies who issue permits to post information about the permits they issue, create a tracking system, and the status of the application among other stipulations.

SB 253, PN 571 (Phillips-Hill) – Requires each state agency to designate an employee as the agency’s regulatory compliance officer to work with businesses to explain regulations and resolve noncompliance issues before imposing penalties.

The Senate Intergovernmental Operations committee met on Wednesday, May 27, 2020 and took the following action:

Reported as amended by a vote of 7-4

SB 1034, PN 1539 (Phillips-Hill) – This legislation amends The Fiscal Code by providing for Commonwealth-awarded grants and specifying what they can and cannot be used for and repayment of unused money among other aspects.

Senator Phillips-Hill offered amendment A05678 which states that “Except as provided under the Redevelopment Assistance Capital Program,” if a Commonwealth agency determines that a grantee misrepresented the grantee’s efforts to obtain funding as provided under this section, the grantee shall repay the Commonwealth the full amount of the grant plus a 10% penalty on the face amount of the grant. The amendment was approved by a vote of 7-4.

Reported as committed by a vote of 7-4:

Reported as committed by a vote of 6-5:

SB 5, PN 121 (DiSanto) – The legislation amends the Regulatory Review Act to require that an economically significant regulations may not take effect until a concurrent resolution passes both chambers.

The Senate Intergovernmental Committee met on Wednesday September 25, 2019 and took the following action:

Reported as committed by a vote of 6-5:

SB 398, PN 380 (Gordner) – This legislation amends the Regulatory Review Act by making changes that would essentially give standing committees of the Legislature unilateral power to hold up any rulemaking by IRRC. 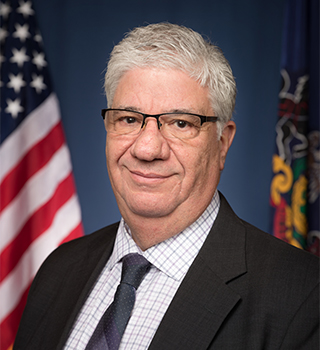