The Senate Judiciary Committee met on Wednesday, January 29, 2020 and reported out the following three bills:

SB 968 (Browne) and SB 969 (Browne) to effectuate the merger of the Department of Corrections and Board of Probation and Parole and locate the Office of the Victim Advocate under the purview of DOC.  SB 968 was amended by eliminating an undefined term, restoring the current process for resolving disagreements in parole revocation or recommitment, and eliminating language regarding the probation requirements for sex offenders or violent criminals.

The Senate Judiciary Committee met on Monday, November 18, 2019 to consider the following:

SB 809 – This bill establishes the Legislative Conduct Review Board as an independent agency to investigate claims of ethics violations and harassment by members of the General Assembly.  An amendment was offered, which clarifies provisions related to commissioners.  The amendment was passed unanimously, and the bill reported out as amended unanimously.

HB 97 – This bill bans the sale of vaping products to minors.  An amendment was offered, which reconciles the bill to the definitions contained in SB 473 (the “Tobacco Age 21” legislation previously passed by the Senate).  The amendment passed with one negative vote, and the bill was reported as amended unanimously.

HB 962 – This bill abolishes the criminal statute of limitations for childhood sexual abuse and extends the civil statute of limitations to age 55.  An amendment was offered, which will provide that any person with a claim of sexual abuse that has been reported to law enforcement may apply to have counseling paid for through the Crime Victims Act.  A second amendment was offered, which permits direct victims of sexual abuse to apply to use crime victim’s funds for counseling relating to the abuse.  The amount is capped at $5,000 for people who were adults when the abuse occurred, and $10,000 for those who were children.  The amendments were passed unanimously, and the bill reported our as amended unanimously.

HB 963 – Constitutional amendment opening a two-year window to file civil suits for cases of childhood sexual abuse that have been previously time barred.  The bill was unanimously reported as committed.

HB 1171 – Forbidding nondisclosure agreements from preventing reporting to or cooperating with investigations by law enforcement.  An amendment was offered, which will clarify that the notice language provided which creates a presumption of a valid nondisclosure agreement only does so for agreements relating to childhood sexual abuse.  A second amendment was offered, which clarifies that the notice provisions which create a presumption of a valid agreement only apply to agreements regarding childhood sexual abuse.  The amendments were adopted unanimously, and the bill reported out unanimously, as amended.

The Senate Judiciary Committee met Monday, February 4, 2019 and reported the following from committee:

As Committed
Senate Bill 49 (Killion): This bill provides for civil immunity of person rescuing minor from a motor vehicle.

Senate Bill 86 (Brooks): Adds emergency medical responders to the list of caregivers who may accept newborns relinquished by a parent.

Senate Resolution 20 (Baker): Directs the Legislative Budget and Finance Committee to conduct a study of the impact of venue for medical professional liability actions on access to medical care and maintenance of health care systems in this Commonwealth and requesting that the Pennsylvania Supreme Court delay action on the proposed amendment to Pa.R.C.P. No. 1006. 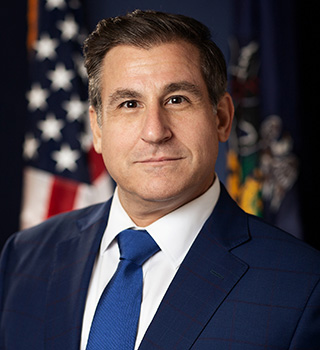