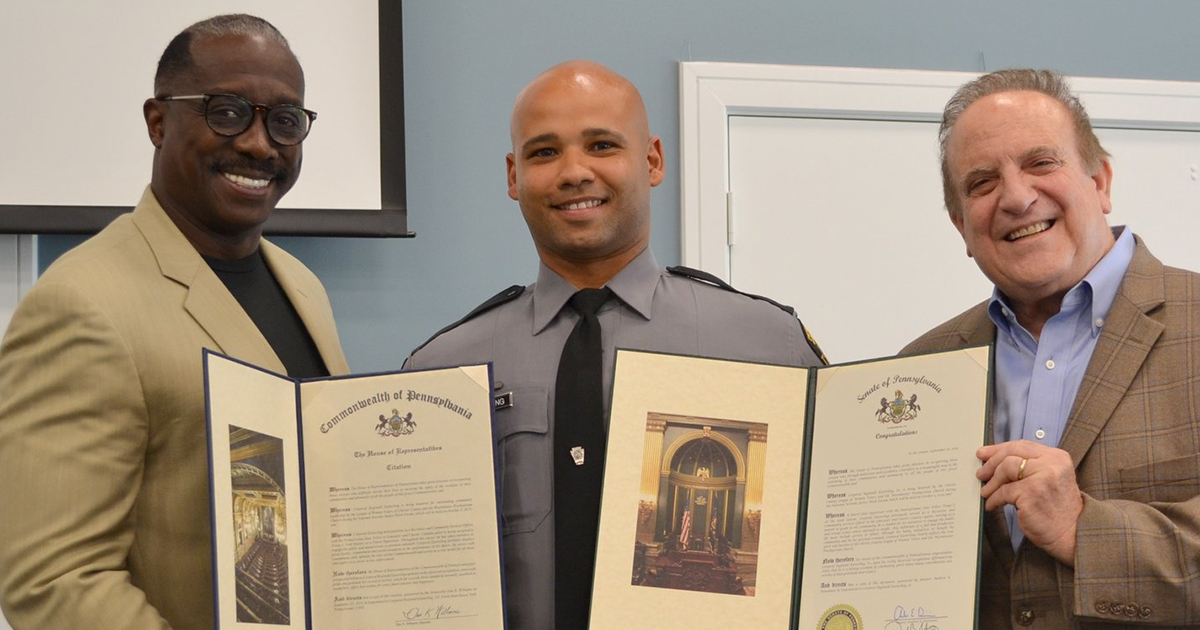 The forum, held at Westminster Presbyterian Church in West Chester, included discussions on holding youth accountable for their actions, engaging them in activities to restore victims and communities, and ensuring sufficient opportunities to move them toward productive citizenship and away from further criminal activity.

Dinniman, who serves as minority chair of the Senate Education Committee, presented an official Senate Resolution recognizing Juvenile Justice Week and discussed the importance of recognizing the impact of trauma on children and young people.

“It takes a community effort to provide opportunities for our young people to learn, grow, and develop career and life skills that offer respect, dignity, and a sense of purpose – opportunities that shift them from the path of criminal behavior to one of safe, healthy and productive citizenship,” said Dinniman. “And it’s just as important that we work together to provide stable environments for impressionable and at-risk youth to prevent criminal activity before it occurs.” 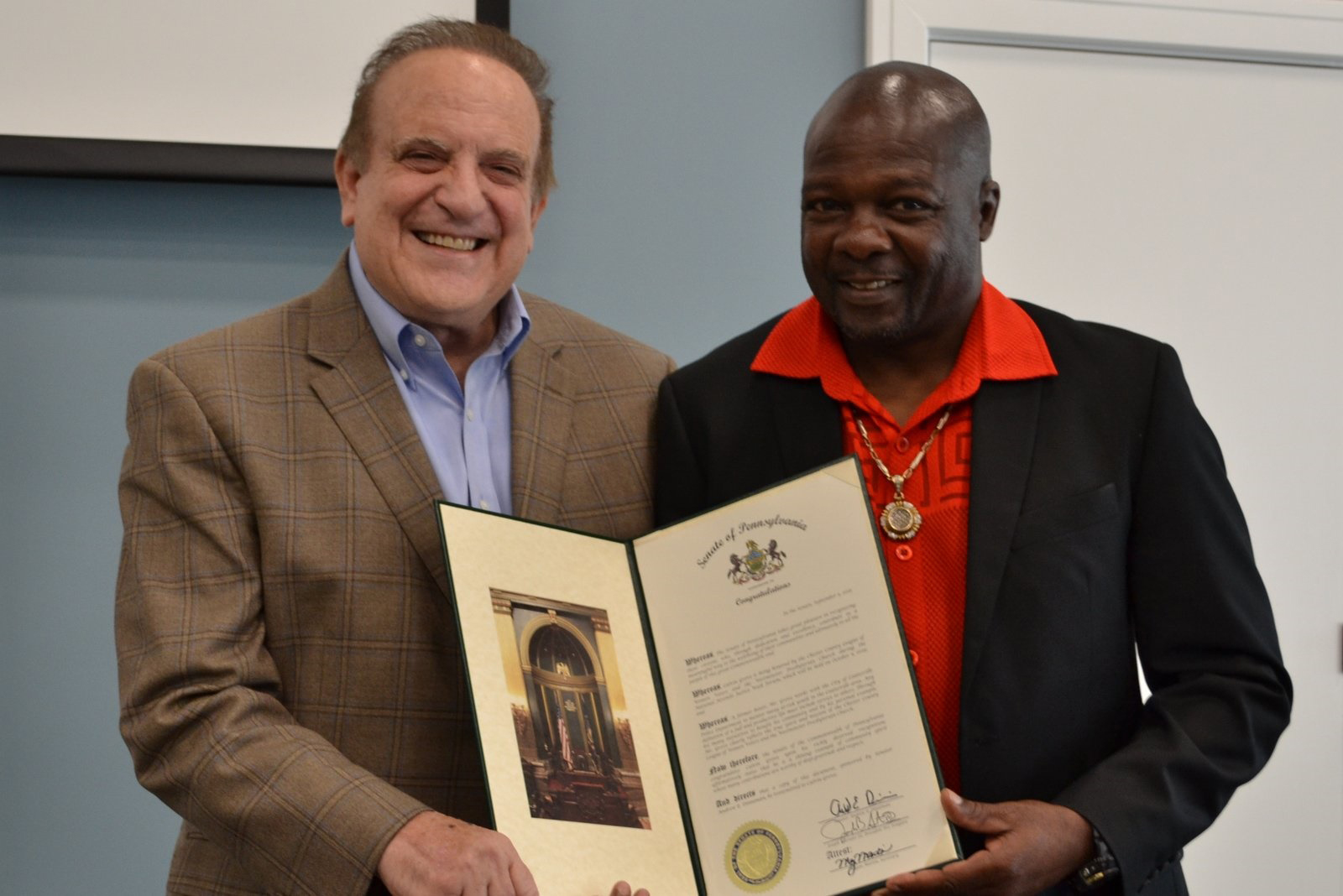 State Senator Andy Dinniman (left) presents a Senate citation to Calvin Grove (right), a Coatesville native and former champion boxer, who works to mentor at-risk youth in the Coatesville community through boxing and other sports activities.
Photo by Cathy Palmquist of LWVCC.

At the event, Dinniman and Williams recognized four individuals with special Senate citations for their contributions to the juvenile justice community. They were:

Easterling, who has spent many hours mentoring at-risk youth, served previously as Chester Country Community Service Officer for Embreeville Barracks. He was also a former Director of the Chester County Camp Cadet Program and a founding Advisory Board member of the Coatesville Area Juvenile Alliance.

Grove, a Coatesville native and boxer who rose to fame as IBF featherweight world champion in 1988, continues to mentor at-risk youth in the Coatesville area through participation in sports and other activities.

“This was a great opportunity to sit down and discuss strategies that work in getting kids on the right track for success in school, work and life from some of the very people who are putting those strategies to work in our communities,” Dinniman said. “I want to thank everyone who participated, especially the League of Women Voters and Laurie Shannon-Bailey for organizing the forum.”