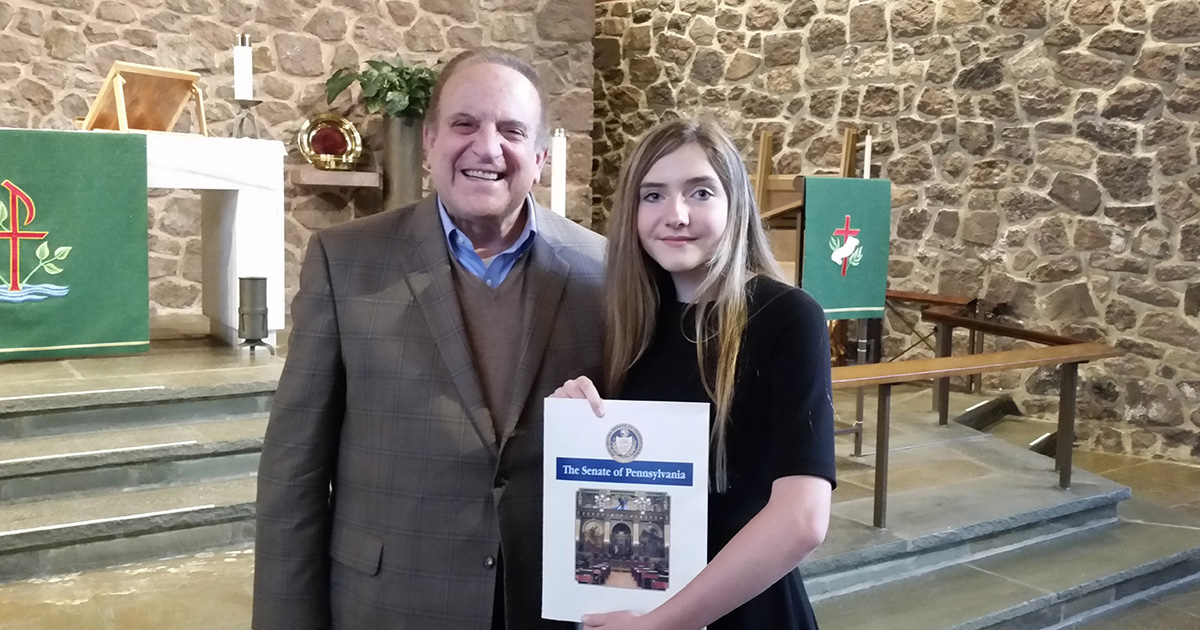 State Senator Andy Dinniman (left) presents a special certificate of recognition to 13-year-old Maya Maloskey of East Whiteland upon her on being awarded the Rising Artist Vocal Scholarship from Concordia Choral Arts.

Maloskey, 13, of East Whiteland was named the winner of the contest at Rise up and Sing, Concordia’s second annual concert in honor of the International Day of Peace on Sunday at St. John’s Lutheran Church in Phoenixville. In winning the scholarship, Maloskey received a cash prize to further her vocal music training. At the concert, she performed a solo of “Let There Be Peace on Earth.”

“Arts, music and cultural education are important parts of the growth and development of our young people. Fortunately, Chester County and our region is home to no shortage of opportunities to take those skills and talents to the next level,” Dinniman said. “I want to congratulate Maya on her award and thank the members of Concordia Choral Arts for their ongoing contributions.”

A student at Great Valley Middle School, Maloskey has performed on various stages during her young career, including the Media Theatre, the Keswick Theatre and several off-off-Broadway productions.

Concordia Choral Arts, a Chester County area non-profit choral arts organization, has been celebrating music-making and musical collaboration with performing arts groups in our area for more than a decade.