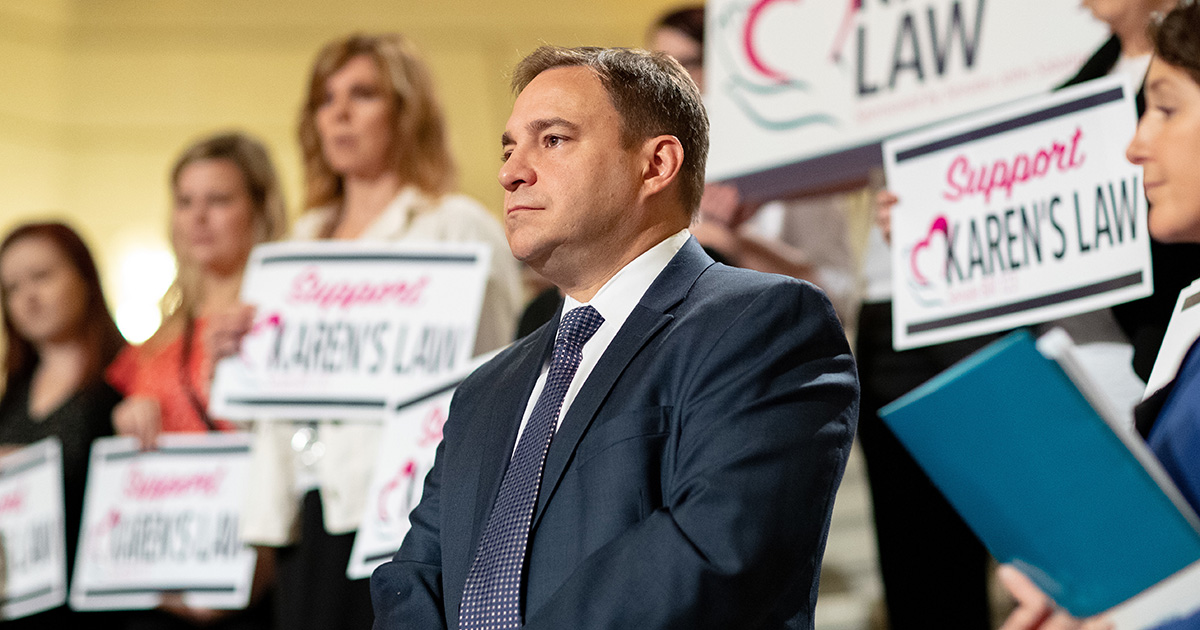 “It’s good to see progress of this important legislation, which survivors of sexually violent crimes so desperately need,” Sabatina said. “This amendment that I and fellow members of the Judiciary Committee approved today further enhances its strength in favor of survivors.”

Karen’s Law would affect parole application eligibility for inmates deemed Sexually Violent Predators or sentenced under one of the violent or sexual offenses listed in the amended legislation, increasing the time between parole hearings from one year to three years.”

“It goes to show the bi-partisan nature of this law,” Sabatina said. “It’s been a pleasure to have Representative White join us in this effort.”

“It’s been a couple of years since I first met Karen and heard her story,” Sabatina said. “It’s been quite a journey and we still have more to do. But this is another step towards combatting the re-victimization of survivors of sexually violent predators.”