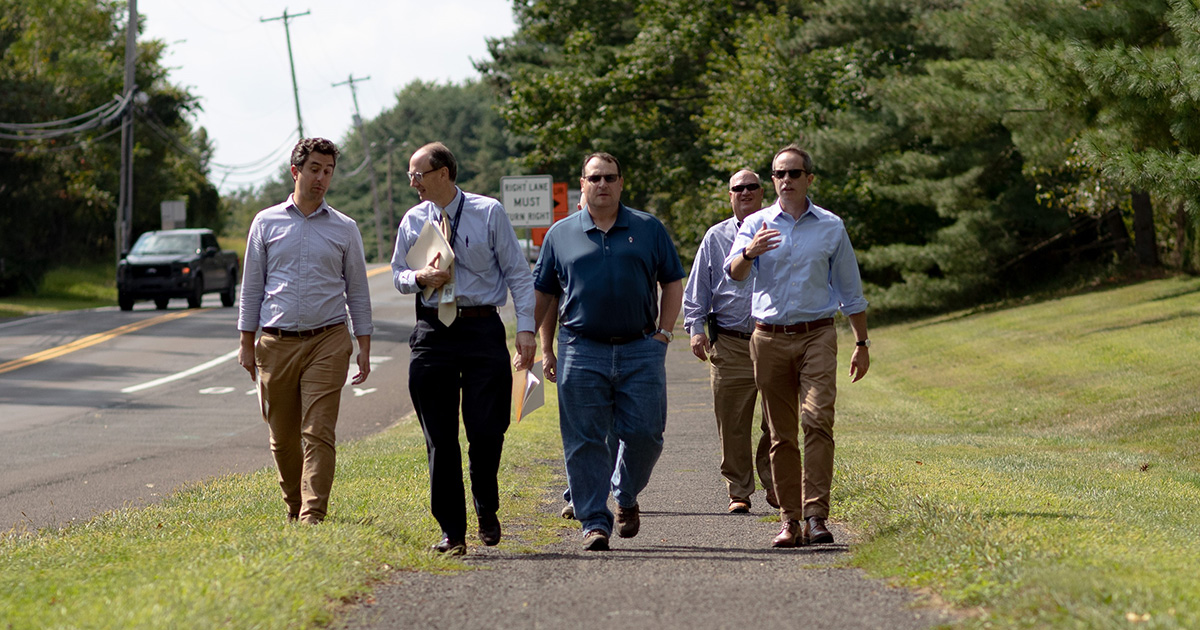 Sen. Santarsiero directed a road tour with representatives from PennDOT, state Representative Wendy Ullman (D-143) and local officials to highlight roads and bridges throughout the 10th Senate District in need of repair.

At the Limekiln Road bridge stop, Sen. Santarsiero was joined by Rep. Ullman and representatives from the Doylestown Fire Company to demonstrate to PennDOT the need for moving up the timetable for the replacement of the bridge.

“The Limekiln Road bridge has needed to be replaced for quite some time,” Sen. Santarsiero said. “We are working with PennDOT on this project because this is a high-traffic bridge and because its ultimately a public health and safety issue for the Doylestown Fire Company. Being able to get fire trucks across this bridge in order to get to people in need when there are emergencies is absolutely critical.”

“I would like to thank PennDOT for their receptiveness in meeting the needs of the Doylestown community,” Rep. Ullman said. “First, recognizing the critical placement of the Limekiln Road Bridge, they prioritized making needed repairs to reduce inconvenience to the community. Second, our office worked with them to expedite permits for Doylestown Fire Company so their emergency vehicles can maintain response times. Third, when we brought to their attention that the Thompson Bike Classic was concerned about the safety of the riders, they performed a milling and resurfacing miracle on West Court Street, completing the project in two days’ time, just days before the race.”

“Minutes count when there’s an emergency,” said Jay Fetterolf, President of the Doylestown Fire Company. “This is a vital street in our community. Anything that can be done to speed up this process would be greatly appreciated.”

“A lot of our infrastructure was built in the 20s, 30s, and 40s, and we’re coming up on a time where we have to make major infrastructure investments for our bridges,” said Ken McClain, PennDOT’s District Executive for District 6. “We’re looking to add the bridge onto one of our on-demand bridge contracts.”

On behalf of the Doylestown Fire Company, both Sen. Santarsiero and Rep. Ullman wrote letters of support to PennDOT and the Delaware Valley Regional Planning Commission to make the replacement of the bridge a top priority. According to Sen. Santarsiero, with new weight restrictions and the bridge being designated as “Poor” by PennDOT, Doylestown Fire Company has had to take detoured routes – leading to increased response times. 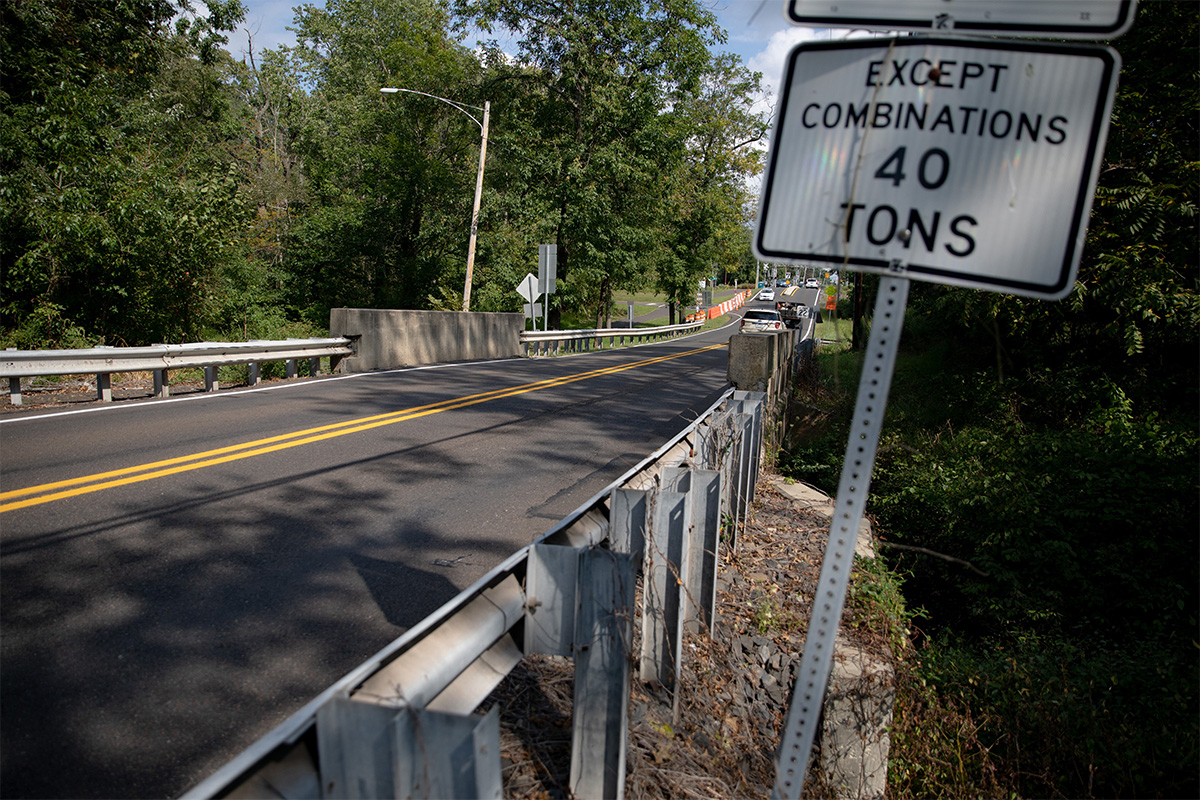 Sen. Santarsiero also wrote a letter of support to PennDOT on behalf of Lower Makefield Township in calling for the coordination of the replacement of the Edgewood Road Bridge project with the township road realignment work in the same area.  The project coordination would ensure the reopening of nearby Sandy Run Road.

“One of the things my office will work with PennDOT and the township on is to move the bridge project up on the list,” Sen. Santarsiero said. “We need to stop thinking of the Edgewood Road bridge and Sandy Run Road projects as separate projects. This road tour is about better coordinating our efforts at the state and local level.”

The PennDOT tour route was as followed: